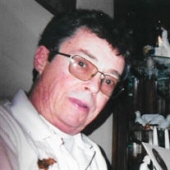 Dale R. Crawford, 83, Moorhead, MN, died Tuesday, January 12, 2021, in his residence and under care of Hospice of the Red River Valley.
Dale Robert Crawford, known to many as "Shorty", was born September 8, 1937 in St. Paul, MN to Pearley and Florence (Oberg) Crawford. He was raised and educated in Moorhead, graduating from Moorhead High School in 1955. After school Shorty enlisted with the United States Air Force, serving his country overseas during the Korean Conflict from 1955-1957. Following his honorable discharge, Shorty moved back to Moorhead. He worked in sales for Big Red Grocery (Cysco) for several years.

He was preceded in death by his parents.
A graveside service with full military honors will be held in the spring of 2021.

Events Details are pending.
To order memorial trees or send flowers to the family in memory of Dale R. Crawford, please visit our flower store.