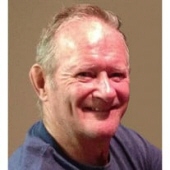 Clayton Ellis Teigen was born September 15, 1939, the son of Clayton and Lila (Wiese) Teigen He was raised in Moorhead where he attended Moorhead High School before entering the U.S. Air Force. Upon returning home, Clayton went to work for Cass Clay Creamery in Fargo and served in the Air National Guard until 1999.

On October 22, 1960, he was united in marriage to JoAnne Geros in Moorhead, where they made their home and Clayton continued working for Cass Clay until retiring after 40 years. He also was the co-owner of A & B Carpet from 1970 until 1999. JoAnne passed away and he continued to make his home in Moorhead.

Clayton enjoyed spending time at his lake home on Tamarac Lake. Even though he was a hard worker he enjoyed fishing, playing cards and going to the casino. Clayton's greatest joy was spending time with his grandchildren.

He was preceded in death by his parents; wife, JoAnne; daughter-in-law, Becky; great-granddaughter, Bernice; sister, Eunice; and brothers, Richard and John.

Clayton is now resting in peace with his beloved wife, Jo.

As Clayton would say "Peace be with you my child and may the Lord take a liking to your soul."

A Gathering of Friends for Clayton will be one hour prior to his funeral service.

Burial will be in Riverside Cemetery, Moorhead.

To order memorial trees or send flowers to the family in memory of Clayton E. Teigen, please visit our flower store.