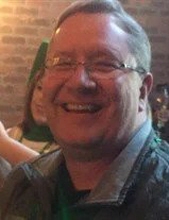 Charles D. Dame, 58, of Fargo, ND, died Monday, March 7, 2022, in his home surrounded by his family under the care of Hospice of the Red River Valley.

Charles “Charlie” Darwin Dame was born January 21, 1964, the son of Wayne and Arvilla (Crist) Dame, in Oakland, CA. The family lived in California and Missouri before settling in Burlington, ND and he graduated from Donnybrook High School in 1982. Charlie then attended Minot State University, Minot, ND, and then worked for Bekins Moving. In 1987, he moved to Fargo and worked for Vanity Store Warehouse and Allied Moving before going to work for Computerland/Corporate Technologies.

On August 7, 1993, Charlie was united in marriage to KarenAnn Kjenstad at First Lutheran Church in Fargo. They made their home in Fargo where he continued to work at Corporate Technologies. In 2006, he went to work at Blue Cross/Blue Shield in IT Procurement.

He was preceded in death by his parents; and brothers, Donald Dame and Billy Dame.

A private Celebration of Life will be held.

In lieu of flowers, the family requests that memorials be made in Charlie’s name to Hospice of the Red River Valley and the Roger Maris Cancer Center.