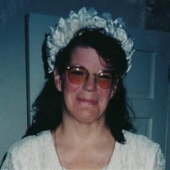 Brenda Jennifer Johnson was born May 24, 1950, to Lois O'Brien. She was adopted into a loving home shortly after her birth by Inez and Oscar Johnson. She had an adopted brother by the name of Bradley. Brenda grew up in Moorhead, MN. After high school, she attended Concordia College in order to receive her nursing certificate.

While growing up, Brenda was able to enjoy extensive traveling with her family to many countries. She enjoyed the cultures and she shared the stories with her children as they were growing up.

In February of 1971, Brenda married Norris Haglund, and they made their home in Pelican Rapids, MN, while he helped with the family dairy farm. On September 21, 1971, they celebrated the birth of their first child Mia, and on April 30, 1975, they celebrated the birth of their second daughter, Christine. She enjoyed taking family trips around the state in order to teach her girls about the beauty and simplicity of nature.

On September 22, 1998, Brenda married Jerry Danzeisen and they made their home in Utah and then Sierra Vista, AZ.

Brenda enjoyed cross stitch and crafts of that nature, making blankets and quilts for her grandchildren and great-grandchildren. She had a very strong commitment to her church and the groups that they helped. She was a very good people person and was always trying to help others.

She was preceded in death by her father, Oscar "Occie" Johnson; mother, Inez Johnson; and brother, Bradley Johnson.

A Life Celebration Service will be Thursday, December 10, 2015, at 1 PM, in Korsmo Funeral Chapel, Moorhead. Inurnment will be with her parents in Riverside Cemetery, Moorhead.

To order memorial trees or send flowers to the family in memory of Brenda Johnson Danzeisen, please visit our flower store.