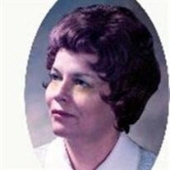 Billiette M. Scherling, 81, died Friday, August 22, 2003 at the ManorCare Nursing Home, Fargo. Billiette was born November 19, 1921, in Fargo North Dakota, to Albert and Amanda Skjonsby. She received her education in Fargo and graduated from Fargo Central High School in 1939 and from North Dakota State University in 1974 with a BS degree in counseling. She continued her education by completing special training in alcoholism at The Nebraska School For Alcohol Studies, University of Nebraska - Lincoln and the Utah School on Alcoholism and other Drug Dependencies, University of Utah. She was a member of The Kansas Alcoholism Counselors Association and The National Association of Alcoholism Counselors. Billiette was employed as a certified counselor with the Valley Hope Center in Atchison Kansas from 1976 to 1982 before retiring and returning to Fargo.
Billiette remained active in the Fargo Alcoholics Anonymous Club House and also wrote until January 1997 a monthly column, "Billiette Calling", in the Club House's Silver Dollar Newsletter. Her life was devoted to her mother, sister and brother; to raising and caring for her family; to helping countless individuals find their "higher powers" back into productive lives; to reading and searching for new awareness' into helping others lead more whole lives; to her grand and great grand children - her hope for the future; and to her Church. She is loved and is truly being missed - "God Called Billie" so let us rejoice!
Billiette married Orlando K. Scherling December 28, 1941 and as members of the First United Methodist Church together raised five sons. Orlando passed away in 1994 and their son, Jerry, in 1978. Billiette is survived by sons Steven (Fannie) Scherling, Fargo, Michael (June) Scherling, Houston, Patrick Scherling, Fargo and Larry Scherling, Fargo; eight grandchildren, Tara Scherling, Zach Scherling, Nick Scherling, Aaron Scherling and Annah Scherling all of Fargo, Sarah (Gabriel) Torres, Lydia Scherling and Heather Scherling, all of Houston TX, and Krystle Scherling, Branson MO.; two great grandchildren Gavin and Kaylah Torres, Houston. She was preceded in death by her parents, sister Gladys and brother Clarence.
The family thanks the physicians, nurses and staff of MeritCare, ManorCare and Hospice Red River Valley.
Visitation: Monday 6:00 to 8:00 PM with prayer service 7:00 PM at Korsmo Funeral Chapel Moorhead.
Funeral: Tuesday, August 26, 2003, at 11:00 AM at the Shiloh Evangelical Free Church, West Fargo ND.

To order memorial trees or send flowers to the family in memory of Billiette Scherling, please visit our flower store.