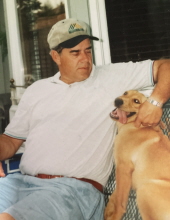 To view the livestream of Barry's Celebration of Life, please click on his Tribute Wall

Barry Wayne Bellmore was born on August 11, 1955, in Breckenridge, MN, to Lyle and Darlene (Arnhalt) Bellmore, the third of five children. Their family resided in Breckenridge where he attended St. Mary's Catholic School through the 8th grade and graduated from Breckendridge High School in 1973. He pursued his love of the culinary arts, attending Moorhead (MN) Technical College which led him to a lifelong career in food services in both the restaurant and health care industries.

Barry married Patti Peterson in 1974 and together they owned and operated Cal’s Diner, in Breckenridge. It was during this time his daughter, Nikki, was born. After selling the restaurant, he moved to Colorado and began working in health care in Denver, CO. He was Assistant Director at Craig Rehabilitation, Lutheran and Children’s Hospitals. In 1979, he met his wife, Mary, and they married on September 27, 1980.

In 1984 Barry accepted a position with ARAMARK which led to a move to Hutchinson, KS. While living in Hutchinson, he and Mary pursued their dream of owning a Bed and Breakfast. Along with Mary’s parents, Paul and LaVerne Miller, they owned and operated The Bellmore House B&B for five years. During this time their son, Benjamin Joseph, was born on October 4, 1989.
Barry’s career with ARAMARK and Morrisons led them to Oklahoma City, OK, Tucson, AZ, Sacramento, CA, and Omaha, NE. In Omaha, Barry was Senior Director of Food & Nutrition at Alegent Health (now CHI Health) where he managed five area hospitals. Barry loved his work and the staff affectionately referred to him as “the food dude.”

Growing up in Minnesota he enjoyed the outdoors, hunting, fishing, summers at the lake and baseball. These were all lifelong hobbies along with golf and coaching his son’s baseball teams. Connecting to a church family wherever they lived, Barry, Mary and BJ attended various denominations (Mennonite, Methodist and Presbyterian). All were rich experiences, providing opportunities to serve.

On May 10, 2005, Barry suffered a heart attack resulting in a traumatic brain injury. His life was forever changed. Due to his TBI, Barry required 24 hour care and over the next 17 years resided in group homes and in 2016 moved to Farmstead Living in Moorhead, MN, where he was loved and cared for by an amazing staff. His suffering ended on June 29, 2022, at age 66.

To order memorial trees or send flowers to the family in memory of Barry W. Bellmore , please visit our flower store.