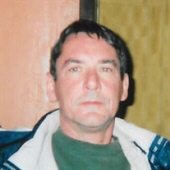 Barry Daniel Seeley was born March 14, 1959, in London, England. Barry moved to Landstuhl, Germany, around 1980 to work for a civilian construction company contracted to the US Air Force.

He met Lori Barber and they were married in London, England. They moved back to the United States after Lori was discharged from the US Army. They had three children and lived in Colorado as well as New England. They moved to Dilworth, MN, in 1996 to be closer to family.

Barry taught himself to be a computer programmer and worked at Red River Software for nearly twenty years. He later worked for Microsoft.

As a result of cancer and his addictions, Barry died Wednesday, December 4, 2019, in Sanford Health Palliative Care Unit, Fargo, ND, at sixty years of age.

Barry is survived by his wife, Lori; two sons, Andrew and Matthew; and two sisters, Tracey and Leslie, who still live in England with their families.

He was preceded in death by his daughter, Jessica; and a grandson, Jacob.

To order memorial trees or send flowers to the family in memory of Barry D. Seeley, please visit our flower store.