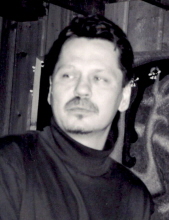 Albin Roland Erickson was born on September 22, 1965, to David and Doris (Montry) Erickson, in Thief River Falls, MN. Albin went to high school in Fargo, graduating from Fargo North High School in 1983. Albin continued to live in Fargo through-out his life. He worked in construction with his father, David for many years.

Albin was active in his younger years. He enjoyed frolfing, golfing, biking, and fishing in both rivers and lakes. He often went river fishing with his nephew. Family was important to him and he enjoyed spending time with them.
After a long fight, Albin is finally at peace.

No services are planned for Albin at this time.

To order memorial trees or send flowers to the family in memory of Albin R. Erickson, please visit our flower store.