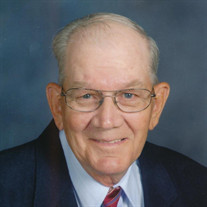 William H. “Bill” Walkup, 82, of Dilworth, MN, died Friday, August 14, 2020, in his home with is wife and sons by his side. Bill was born a middle child of nine on October 30, 1937, the son of LaVelle Hoyt and Ruby (Lindbloom) Walkup, in Staples, MN. He grew up on a farm near Fergus Falls, MN. Bill had a playful sense of humor, loved a good laugh, and was quick with astute one-liners. He and his wife, Joanne Carol Miller, met in Fergus and were married on pheasant opener October 24, 1959. Some expressed their joy in having to make two trips to the farm that season and at least one guest remembered his hunting boots, but forgot his dress shoes. Bill and Joanne has two boys, Kevin LaVelle, born August 2, 1960, and Kim Karl, born September 9, 1962, and settled in Dilworth, MN. Over the years, Bill drove truck both across the country, at least as a far as Texas, Idaho, and Ohio, and regionally throughout his career. On the weekends they all enjoyed camping, fishing and hunting. A farm kid at heart, he loved animals and more importantly they loved him. He was often found shelling “goobers” (peanuts) and feeding as many to the dogs as he ate himself. In fact, whenever he sat down to dinner, family dogs crowded around anticipating treats, which they undoubtedly received. He loved to watch wildlife in his back yard, and much to Joanne’s chagrin, he kept trash bins full of bird seed and corn in the garage for the squirrels who nested in the back garage and the bunnies who ate her flowers. “Just put chicken wire around it,” he’d say. He passed his love of animals to both of his boys and subsequently to his grandchildren. Though he was happiest in a deer stand or on a fishing boat, he also valued hard work and liked to stay busy. Even as he started to slow down, he did as much as he could, including sweeping the floors and chipping away at an icy driveway in March, surely knowing he’d never finish before it melted. His last weeks were full of visits from family, conversations, stories, bacon and ice cream. He was keen to know everyone was doing all right. Bill is survived by his wife of 61 years, Joanne; sons, Kevin (Renee) and Kim (Gina); grandchildren, Elizabeth, Kristan (Aaron) Giere, Katie (Chris) Lee, Courtney, and Benjamin; several great-grandchildren; siblings, John “Jack” (Janice), Ralph (Twila), Bruce, Jay Peter (Mavis) and Connie; brother-in-law, Don Salter; and many nieces and nephews. He was preceded in death by his parents; brother, Roger and his wife, Ardella; and sisters, Mary Salter and Kate Homes, and her husband, Stephen. A Gathering of Friends for William will be Thursday from 5:00 PM until 6:30 PM in Korsmo Funeral Service, Moorhead. Due to Covid-19, social distancing and masks will be required. A Private Family Memorial Service will be held for William and burial will take place in Oak Grove Cemetery, Fergus Falls, MN. William's Memorial Service will be live streamed at the link below: https://portal.midweststreams.com/services/watch/34bk20bE40

The family of William Walkup created this Life Tributes page to make it easy to share your memories.

Send flowers to the Walkup family.