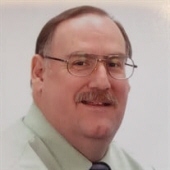 William "Bill" Albert Christian was born November 25, 1958, in Rushville, IN, and graduated from Rushville Consolidated High School in 1977. In his high school years, he participated in football and wrestling. After high school, Bill attended Indiana State University where he graduated with a Bachelor of Science degree in May 1981. He then graduated from the University of Nebraska with a Master of Science degree in December of 1984. Bill was a member of the United States Air Force from February 1983 to February 1987, and received an honorable discharge and a degree in computer science.

Bill received a skydiving certificate on May 25, 1985. In 2009, as he left MAPA, Bill received a Metropolitan Motorist Assist Award, and was named an Admiral in the Great Navy of the State of Nebraska. While in Wichita, a flag was retired in his honor as a veteran by the Boy Scouts of America.

Bill met the love of his life, Judy, on a blind date in November 2005, which resulted in marriage in May 2007. As a couple, they enjoyed attending hockey, basketball, and football games, plays, and watched NASCAR and INDY races. They enjoyed road trips to explore local areas. As long as they were together, they enjoyed much laughter and love.

He was preceded in death by his father, Erwin Helfer; grandparents, aunts, uncles, and a brother-in-law, Del Wolfe.

Bill will be greatly missed by all who knew him.

To order memorial trees or send flowers to the family in memory of William "Bill" Christian, please visit our flower store.