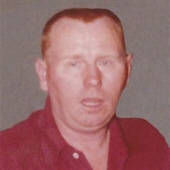 Vernon Delmar Johnson was born October 12, 1930, the son of John O. and Olga (Reierson) Johnson, in Holt, MN. He was raised there on the family farm and attended school. Upon finishing his education, he worked on the family farm until entering the U.S. Air Force in 1952. It was during his service time, while being stationed in England, he met his wife, Mary. On August 17, 1957, he was united in marriage to Mary Smyth in Armagh Cathedral, Armagh, Northern Ireland.

Vernon and Mary came to the U.S. and lived in Rapid City, SD, for a short period of time, prior to making their home in Silver Bay, MN. While in Silver Bay, Vernon worked for Reserve Mining from 1961 until 1972. In 1972, they moved to Moorhead where he worked construction for several companies in the Fargo-Moorhead area for many years until retiring in 1992. In December of 2008, Vernon moved to Villa Maria in Fargo and later to Elim Rehab and Care Center in October of 2011.

He was a member of the Eagles. Vernon enjoyed John Wayne movies, watching MASH, and music, especially listening to his grandsons play guitar. He always loved the family's annual camping trips every 4th of July and Labor Day weekend and was a faithful attendee of the Western Minnesota Steam Threshers Reunion in Rollag, MN.

A Visitation for Vernon will be Thursday from 5 PM to 7 PM, with a 7 PM Prayer Service in Korsmo Funeral Chapel, Moorhead.

His Funeral Service will be Friday, October 16, 2015, at 2 PM in Elim Rehab and Care Center Chapel, Fargo.

To order memorial trees or send flowers to the family in memory of Vernon D. Johnson, please visit our flower store.