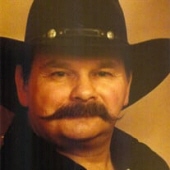 Terry Lee Huber was born October 13, 1948, in Harvey, ND, to Reuben and Agatha (Gillig) Huber. Terry, along with his ten siblings, grew up on the family farm west of Harvey. He attended the Hillsdale rural school and Harvey public school.

At the young age of thirteen, he left school to help his father on their farm. At eighteen, he met Wanda Kessler at Tuttle, ND, and they married November 18, 1967, in Harvey. Terry worked for a farmer in Tolna, ND, where they made their home. In 1972, they, along with two sons, moved to Moorhead, MN.

Terry and Wanda both worked for Silverline Company in Moorhead. Four years later, Terry took a job at Horvick Electric and found his calling. He became one of the best electric motor rewinders in the Midwest. He later worked for Neshiem Electric, FarMor Equipment, S & W Electric, and finally his own business, Huber Electric Motor and Pump. Terry managed S & W Electric as well as Huber Electric for many years. It was his greatest passion. Terry was self-taught and an innovator.

On April 13, 2002, Terry married Doris Arnold in Hawley, MN. They made their home in Moorhead along with his pride and joy, Sophie. He and Doris did custom pig roasts in a cooker designed and built by Terry. Most of the hog roasts were for charity. Terry enjoyed the outdoors. He loved to fish and hunt, but music was his real passion. Harmonica performances were a family ritual, especially "Orange Blossom Special."

Terry was a very kind and generous man who loved people. He will be missed by family and friends for many years. Surrounded by his wife and loving family, Terry passed away peacefully on Saturday, December 20, 2014, in Sanford Palliative Care Unit, Fargo, ND, at sixty-six years of age.

Terry was preceded in death by his parents, and one sister, Beverly Hakanson.

To order memorial trees or send flowers to the family in memory of Terry L. Huber, please visit our flower store.