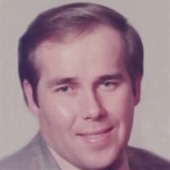 Terry Olson, 70, Fargo, ND, formerly a Lakota, ND, native, died on April 7, 2015, at his home in Fargo. Terry was born on July 10, 1944, in Devils Lake, ND, to Albert and Minnie Olson. He grew up on a farm outside Lakota. Terry graduated from NDSU and immediately enlisted in Army Intelligence during the Viet Nam War. His last tour of duty was at the Pentagon. When he left the Army he was employed at Naval Intelligence as a Federal Agent for 25 years. In his position as a Federal Agent he travelled the world.

He and his wife, Nancy, retired to Fargo, and enjoyed many wonderful years together. He was known for his gardening skills and was devoted to his two grandchildren and three cats.
Terry is survived by his wife of 45 years, Nancy; his beloved daughter, Dorothy Swedlund, and son-in-law, SFC Paul Swedlund; his grandsons, Sean and Ian; and many friends and extended family members.

At his request no services will be held.

To order memorial trees or send flowers to the family in memory of Terrance "Terry" Olson, please visit our flower store.