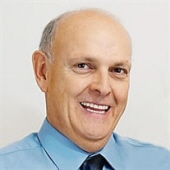 On January 30, 2015, the world lost a great man who left a legacy of love and taught his children and grandchildren so very much. Stewart Henry Van Winkle, 65, West Fargo, ND, went home to God after a courageous battle with congestive heart failure.

Stewart was born July 16, 1949, the son of Henry and Zelda (Page) Van Winkle. He was raised in Glenfield and Juanita, ND, and graduated from McHenry (ND) High School in 1967. Stewart then joined the U.S. Army for 3 years and served in Vietnam. A degree in Computer Science was earned from North Dakota State College of Science in 1971, followed by six years at Polaris in St. Louis Park, MN. He then moved to Fargo and worked for Financial Information Systems. In April of 1979, Stewart was hired at Blue Cross Blue Shield as a Systems Analyst. He was promoted to Lead Staff Analyst in December of 2003 and retired after thirty years of service in 2009.

Camping and hiking in the Montana mountains and vegetable gardening were highlights in the summer. Stewart enjoyed playing cards, fishing, skiing, bowling and golfing, but was most passionate about visiting new places. Many memories were made fishing with the grandkids at the lake place on Little Cormorant.

He was preceded in death by his parents and a brother, Eugene Van Winkle.

A visitation for Stewart will be Wednesday from 5:30 PM until 7 PM, with a 7 PM Prayer Service, in Korsmo Funeral Chapel, Moorhead.

His funeral service will be Thursday, February 5, 2015, at 2:00 PM in Trinity Lutheran Church, Moorhead.

To order memorial trees or send flowers to the family in memory of Stewart Van Winkle, please visit our flower store.