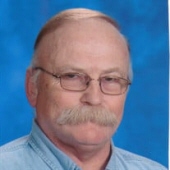 Stephen Allen Huebner was born June 3, 1952, the son of Anthony and Agnes (Walstad) Huebner, in Fargo, ND. He was raised in Moorhead and graduated from Moorhead High School in 1971. He made his home in Moorhead where he worked at a local gas station.

On September 22, 1974, he was united in marriage to Judith Walters in St. Francis de Sales Catholic Church, Moorhead. They made their home in Fargo before settling in Moorhead. Stephen worked at Concordia College with the lawn maintenance crew before going to work for Moorhead Public Schools in 1988. He worked in the Janitorial Department as a second-lead and retired in 2012. After retirement he worked as a boiler inspector and for the City of Moorhead, watering trees during the summer.

Stephen was a member of St. Francis de Sales Catholic Church. He enjoyed fishing at Shell Lake, hunting, camping, listening to music, and spending time with his grandchildren.

He was preceded in death by his parents; sister, Shirley Jacobson; and brother, Thomas Huebner.

A Visitation for Stephen will be Friday from 5 PM until 7 PM with a 7 PM Prayer Service in St. Francis de Sales Catholic Church, Moorhead.

To order memorial trees or send flowers to the family in memory of Stephen Huebner, please visit our flower store.