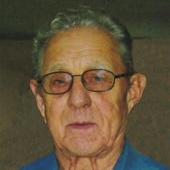 Robert was born on May 14, 1927, in Sabin, MN, to William and Christine Meissner, the only son in a family of four children. Growing up in Deerhorn Township near Wolverton, MN, he helped his father on the family farm and later worked on many other farms in the Wilkin County and Clay County area. As a young man, he shifted to automotive work and spent the rest of his working life involved with cars or trucks, mainly in service stations or as a truck driver.

It was while working in the Baker Garage in Baker, MN, that Robert met and fell in love with Phyllis Erickson. Robert and Phyllis were married in Barnesville, MN, on October 16, 1948. They lived in Wolverton and Barnesville before settling down in Moorhead in 1951. During this time they started their family of four children, Warren, Barrie, Connie, and Dianne.

Upon moving to Moorhead, Robert began work for moving company Wells Dray and Parcel, a business which he purchased in 1958. Under the name of first "Bob's Delivery" (doing furniture and parcel deliveries) and then "Bob's Transfer" (doing both local and long-haul household moving), he owned and operated the company until 1966. He then drove gasoline tanker trucks and made gasoline deliveries for Transport, Inc., of Moorhead until his retirement in 1987.
Robert and Phyllis moved to the Baker area in 1969. In 1982, they moved back to Moorhead, to one of the first houses in the Village Green development, where they lived until 2008 when they moved to Moorhead's Carriage House retirement community.

Robert's most precious home, though, was their lake place on Middle Cormorant Lake in Becker County, near Cormorant, MN. Robert built the red lake cabin with his own hands (and help) in 1960, with an addition in 1974. Lovingly dubbed "Meissner Manor", the cabin was for decades a gathering place for Robert and Phyllis's extended family.

From his first auto, a 1936 Dodge Coupe, through the end of his life, Robert loved cars. He loved going on trips and navigating, doing part-time work in retirement delivering cars for auto dealers, and helping to pick out cars for his grandchildren.

Visitation for Robert will be held from 5 PM to 7 PM on Sunday, followed by a prayer service at 7 PM, in Korsmo Funeral Chapel, Moorhead.

Burial will be in Moorhead Memorial Gardens.

To order memorial trees or send flowers to the family in memory of Robert W Meissner, please visit our flower store.