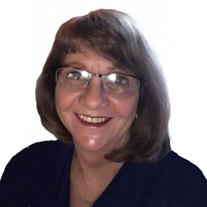 Peggy Helen Tweten, age 61, died late on August 3, 2021, in Essentia Health, Fargo, ND, surrounded by her friends and family. Peg relentlessly shared Christ’s love through her joyful spirit of service and her sense of humor, even throughout her long and courageous bout with pancreatic cancer. Peg will be remembered as a strong and devoted wife, mother, grandmother, sister, daughter, and friend. Peggy H. Otto, the daughter of Albert and Hattie (Lewis) Otto, was born in International Falls, MN, on September 30, 1959. While growing up in Ray, MN, she picked countless pints of blueberries and learned the lifelong skills of sewing, cooking, and gardening through her active involvement in 4-H. Following graduation from International Falls High School in 1977, she attended Rainy River Community College in International Falls and completed studies at Northland Baptist Bible College in Dunbar, WI. In 1980, Peg married David Marvel in Ray. They lived in Roseau, MN, and later moved to the Moorhead area. She attended and graduated from Moorhead State University in 1995. On January 12, 1997, Peg was united in marriage with Jeffery Tweten. Peg and Jeff celebrated their 24th anniversary this year. They first lived on the farm near Glyndon, MN and moved to Moorhead in 2013, where they lived since. During this time she worked as an office manager for two local businesses including All-Terrain Ground Maintenance. Peg took every opportunity to get her hands in dough or dirt with her grandchildren, and she always made sure that cookies were in the cookie jar. Peg is survived by her husband, Jeff; son, Joshua Marvel; daughter, Katie (Jason) Stone and children, Gavin, Liam, and Christian; son, Heath Marvel; granddaughter, Chloe and her mother, Sophie Martin; step-son, Nathan (Kara) Tweten and children, Holden, Journey, Sofia; step-daughter, Natasha (Mark) Patz and children, Katherine, Marina; sister, Judy (Romane) Mortenson; three brothers, Willard (Tish) Otto, Lawrence (Carol) Otto, and Kenneth (Diane) Otto; and a host of nieces, nephews, relatives, and friends. In addition to her parents, Peg was preceded in death by her brother, Willmer Otto; nephew, Jeff Otto; and sisters-in-law, Pam Otto; and Rose Mary Tweten. Visitation for Peggy will be Sunday (August 8) 5 PM until 7 PM, with a prayer service at 7 PM, at Brookdale Baptist Church, Moorhead. Her funeral service will be at Brookdale Baptist Church, on Monday, August 9, 2021, at 2 PM. Burial will be in Riverside Cemetery, Glyndon, MN. Arrangements by Korsmo Funeral and Cremation Service, Moorhead. Online condolences and memories may be shared at www.korsmofuneralservice.com.

Peggy Helen Tweten, age 61, died late on August 3, 2021, in Essentia Health, Fargo, ND, surrounded by her friends and family. Peg relentlessly shared Christ&#8217;s love through her joyful spirit of service and her sense of humor, even throughout... View Obituary & Service Information

The family of Peggy Tweten created this Life Tributes page to make it easy to share your memories.

Send flowers to the Tweten family.