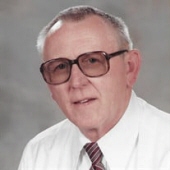 Michael William Gorden, age 87, of Moorhead, MN, formerly Park Rapids, MN, passed away Wednesday, November 29, 2017, in his home under the care of Hospice of the Red River Valley.

Michael was born January 26, 1930, in Brainerd, MN, to Dorther and Alice (Hunt) Gorden. Michael served in the U.S. Air Force from 1948-1953 and was a veteran of the Korean War. In 1956, he was united in marriage to Marlis Inwards. Their marriage was blessed with two sons and three daughters.

Michael was employed by the state of Minnesota as a Conservation Officer for twenty-two years. Upon retirement in 1985, he worked for Hubbard County Sheriff's Office for five years and J&B Foods for three years. The couple moved to Moorhead in 2013, where he resided until his death.

Michael will be remembered by his wife, Marlis; his five children, Jeff (Diane) Gorden, Daniel (Karen) Gorden, Corinne (Randy) Massie, Laurie (Dwight) Patterson and Lisa (Alden) Yliniemi; thirteen grandchildren and nineteen great-grandchildren. He was preceded in death by his parents and three sisters.

To order memorial trees or send flowers to the family in memory of Michael W. Gorden, please visit our flower store.