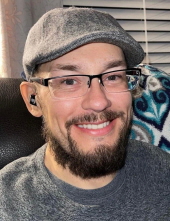 Matthew Jacob Heinz, 45, passed away on May 15, 2022, after his battle with cancer and kidney disease.

Matthew was born in Owatonna, MN on September 21, 1976. In 2003, Matthew’s son, Payton, was born. Two years later Matthew met the love of his life, Terra. They moved to Fargo, ND, in 2006, and were joined in marriage in 2007. They welcomed their daughter, Maizy, in 2008 and have remained in the Fargo/Moorhead area ever since.

Matthew worked for U.S. Bank for a number of years before his most recent job with Green State Credit Union as a Bank Secrecy Act Senior Analyst and truly loved his job.


To order memorial trees or send flowers to the family in memory of Matthew J. Heinz, please visit our flower store.