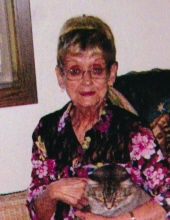 Mary was born September 18, 1948. She grew up in Moorhead, MN, with her parents and four brothers. She graduated from Alexendria Technical College with a degree as a dietician aide.

Mary worked various jobs in several places around the United States, often at restaurants as a waitress. The jobs she spoke most fondly of, was when she owned and operated Casbah Tavern in Fargo, The Happy Hour Bar in Sabin and participating in the Foster Grandparent program with Moorhead Public Schools.

She was preceded in death by her parents, Gordon and Violet Kringler; her daughter, Jennifer; grandson, Cody; brothers, Dwight and Howard; sister-in-law, Yvonne; niece, Orliss; and nephew, Gordon.

Funeral Service for Mary will be held Monday, March 7, 2022, at 1:30pm in Korsmo Funeral Chapel, Moorhead.

To order memorial trees or send flowers to the family in memory of Mary E Ward, please visit our flower store.