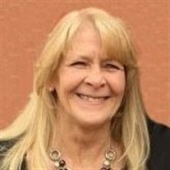 Marsha Rae Dronen was born on June 27, 1955, to DeWayne and Lillian Dronen in Jamestown, ND. The family moved to the Fargo, ND, Moorhead, MN, area in 1965 where Marsha completed her education in Moorhead.

In 1973 she married Kevin Wanke and to this union two sons were born, Christopher and Ryan. The couple settled in Webster. Marsha later married Josh Bartos and a son, Michael, was born. She continued to live in Webster. She worked at the Alco store and most recently, Shopko in Webster.

Marsha enjoyed gardening, reading, cooking and most of all, spending time with family and friends.

Survivors include three sons, Christopher Wanke and Ryan (Kari) Wanke, both of Sioux Falls, SD, and Michael Bartos of Vermillion, SD; her grandchildren, Brynn, Elin and Mia Wanke; her mother, Lillian Dronen, of Fargo; one brother, Randy (Tammy) Dronen of Fargo; and two sisters, Vickie Ward and Tammie Schott both of Fargo. She was preceded in death by her father, DeWayne Dronen.

Visitation will be at Fiksdal Funeral Service in Webster on Tuesday from 5-7 PM with a 7 PM prayer service with Rev. Charles Bunk officiating.

Funeral service will be Wednesday, September 27, 2017, at 2 PM in Korsmo Funeral Chapel, Moorhead. Pastor Brad Lewis will officiate. Burial will be in Riverside Cemetery in Fargo.

To order memorial trees or send flowers to the family in memory of Marsha Rae Bartos, please visit our flower store.