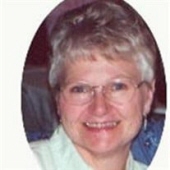 Kathy Swenson was born in Tower City, ND, to Chester Laney and Lorraine Kretchmer on March 24, 1944. She died at MeritCare Hospital, Fargo, ND, on Tuesday, Aug. 26, 2003, after a short battle with thyroid cancer.


Kathy attended school in Glyndon, MN. She graduated in 1962. Kathy married Clifford Swenson on Oct. 19, 1963. They lived in Felton, MN. She worked for Borgan Phone Co.

Kathy joined American Crystal Sugar Company, where she has worked for the last 30 years. In 1977 Kathy moved to Moorhead, MN, and in 1982 to her present home in Glyndon.

Kathy won several awards for her beautiful flower garden. She loved caring for the birds, traveled often, and spent many hours at the lake. She especially loved the times spent with her children and grandchildren.


She was preceded in death by her father, Chester Laney; her mother, Lorraine Kretchmer; and her stepfather, Alderich "Jack" Trottier.

To order memorial trees or send flowers to the family in memory of Kathy Swenson, please visit our flower store.