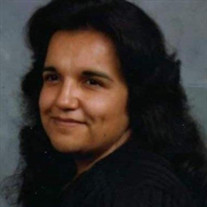 Judy A. Solis, 75, of Moorhead, MN, died Friday, August 27, 2021, in Essentia Health, Fargo, ND. Judy Alice Arechigo was born February 27, 1946, the daughter of Joseph and Eloise (Corona) Arechigo, in Moorhead. She was raised in Moorhead where she attended school. Judy lived in Fargo/Moorhead and was united in marriage to Rufus Shepherd. They moved to Gardenia, CA, for a short time before settling back in the this area. Judy worked at Moorhead Healthcare as a CNA and later went to work for Eventide on Eighth in Moorhead, where she worked for many years until she retired. Mr. Shepherd died in 1989. Judy later married Juan Solis and they have made their home in Moorhead. Judy enjoyed cooking and playing bingo. She loved spending time with her family, especially her grandchildren. She is survived by her husband, Juan, Moorhead; children, Robert Shepherd, Moorhead, Richard Shepherd, Theresa (Kenneth) Long, James Shepherd and Julia Solis, all of Fargo; nine grandchildren; ten great-grandchildren; sisters, Rosie Arechigo, Fargo, and Gloria (Russell) Cossette, Moorhead; brothers, Rudy Arechigo and Jimmy Arechigo, both of Fargo, and Patrick (Gwen) Arechigo, Sioux Falls, SD; and many nieces and nephews. She was preceded in death by her parents; husband, Rufus; sister, Margaret; and brothers, Benny, Felix, Raymond, Tommy, Manuel, Joe, Tony and Arband. A Gathering of Friends for Judy will begin at 1:00 PM, Friday, September 3, 2021, followed by a Celebration of her Life at 2:00 PM, in Korsmo Funeral Chapel, Moorhead. Burial will be in St. Joseph Catholic Church, Moorhead. Memories and condolences may be shared on our website at www.korsmofuneralservice.com (Korsmo Funeral and Cremation Service, Moorhead, MN)

The family of Judy A Solis created this Life Tributes page to make it easy to share your memories.

Send flowers to the Solis family.