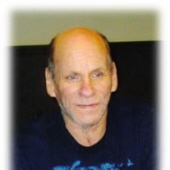 As a young man he moved to California, where he lived and worked. In 2013, he moved to Moorhead, MN, where he had lived since. Joel died June 1, 2015, in Lilac Homes Assisted Living, Moorhead.

Joel is survived by a brother, Samuel Berglund, Barnesville, MN; a sister, Lois (Norm) Thomsen, Moorhead; seven nieces and nephews; and a number of cousins.

Memorials may directed to the New Life Center in Fargo.

To order memorial trees or send flowers to the family in memory of Joel J Berglund, please visit our flower store.