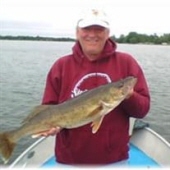 Jeffrey Robert Liljequist was born February 11, 1957, in Fargo, ND, to Robert and Daryl (Perkins) Liljequist. He was raised in Glyndon, MN, and graduated from Glyndon-Felton High School.

After graduation, Jeff entered the Navy and upon his discharge he returned home to the Glyndon area. He was currently working for SJE-Rhombus in Detroit Lakes, MN.

Jeff loved to fish, golf, and go to the casinos. He lived life to the fullest and enjoyed the peacefulness of living at the lake.

He was preceded in death by his grandparents.

To order memorial trees or send flowers to the family in memory of Jeffrey R. Liljequist, please visit our flower store.