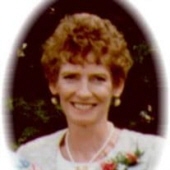 Jeannine Alice Edner, daughter of Orville and Catherine (O'Leary) Edner, was born in Breckenridge, MN, on December 7, 1940. She grew up and received her education in Campbell, MN, where she graduated from high school in 1959. Jeannine attended Wahpeton State School of Science, Wahpeton, ND, where she earned her LPN diploma in 1961. She worked as a nurse for several Fargo - Moorhead area nursing homes and health care facilities.

Jeannine was united in marriage to Duane Lawrence in Wahpeton, on July 22, 1961. The couple made their home in Wahpeton, Fargo, and later Moorhead. Jeannine enjoyed gardening, being at the lake with family and friends, and especially spending time with her grandchildren.


VISITATION: One hour before the funeral at the church

To order memorial trees or send flowers to the family in memory of Jeannine Lawrence, please visit our flower store.