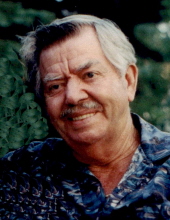 A. Duane Gilbertson, 87, of Moorhead, MN, passed away Tuesday, April 26, 2022, in Eventide on Eighth in Moorhead under the care of Hospice.

Duane was born in Detroit Lakes, MN to Edwin and Irene (Brown) Gilbertson on July 14, 1934.

In 1955 he married Joyce Grindberg and they had six children together. In the mid-fifties Duane operated G & F Mobile Services. He was a member of the Dilworth (MN) Volunteer Fire Department and was a Scout Master for Troop 652 in Dilworth. He was a very active member in Dilworth Lutheran Church where he was a Luther League advisor and Sunday School teacher.

In the 1960’s Duane was the first president of the Turtle Lake Improvement Association. In 1968 Kar-Du Inc was founded with Duane’s dear friend Karl Deilke. Eventually Duane was sole owner of Kar-Du until his son Jeff became a partner with him.

In 1977 Duane married Lenny Jernberg which brought five more children and numerous grandchildren into his life. Lenny died in 1996 after a battle with cancer.

Duane married Dianne Ebel on November 15, 1997, which brought two more children of Dianne’s, seven children from her extended family and many grandchildren and great-grandchildren.

Duane was known for his generosity, friendliness, and love of people. He enjoyed playing music, dancing, and fishing. Every holiday he would wait for Chloe and Nathaniel Sandvig to come and play cards with him.

Urn Bearers are all of Duane’s grandsons. Honorary Urn Bearers are Karl Deilke, Harold Standlien, Mike Hegland, Erik Svenkerud, Harry Jacobson, Al Ochocki, Roger Hegland, Bob Liljequest, Delbert Jennings, and all the members of the band who faithfully played with him over the years.

A heartfelt thank you goes out to the staff at Sanford Hospital, Eventide Nursing Home, and Sanford Hospice for their loving care of Duane and his family.