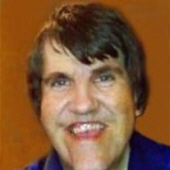 At the age of 3, he was blessed to the family of Bennie and Lillian Willms. He grew up in Moorhead, graduated from Moorhead High School in 1984 and from technical college in Staples, MN.

Dion made his home in Moorhead. He worked at Ritz Photography in Fargo for a number of years. He enjoyed photography, and liked to play bingo, and loved going to rummage sales.
Dion lived in an apartment in Fargo until just recently.

A memorial service will be held at Korsmo Funeral Chapel, Moorhead, on Monday, November 16, 2015, at 2 PM.

To order memorial trees or send flowers to the family in memory of Dion Topham, please visit our flower store.