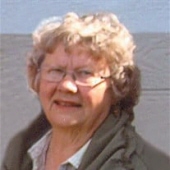 Darlene LeFaye Grondahl was born March 15, 1944, the daughter of Otto and Jessie Grondahl, in Fargo, ND. She was raised in Moorhead and graduated from Moorhead High School.

On October 20, 1962, she was united in marriage to Jack Hoerr in Peever, SD. They made their home in Moorhead until 1964, when they moved to Yakima, WA. Over the years they lived in Yakima and Moorhead until they retired. They then settled in Yakima for the mild winters.

Dee was preceded in death by her parents; and sister, Mona Jean Grondahl.

A visitation for Dee will be Wednesday, December 17, 2014, from 5 PM until 7 PM, with a prayer service at 7 PM, in Korsmo Funeral Chapel, Moorhead.

Her funeral service will be Thursday, December 18, 2014, at 11 AM in The Lutheran Church of Christ The King, Moorhead.

To order memorial trees or send flowers to the family in memory of Darlene "Dee" Hoerr, please visit our flower store.