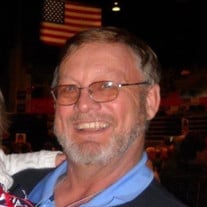 Colin Kent Cofer was born September 16, 1950, in Mandan, ND, to Gordon and Ramona (Schreiber) Cofer. He enjoyed a childhood full of adventures in southwestern North Dakota with his older brother, Rocky, and his two younger sisters, Robbyn and Becky. Colin met his wife of 45 years, Becky (Scholes) Cofer, when they were in school together in Carson, ND. As newlyweds, Colin and Becky made their home in Fairbanks, Alaska, where Colin worked for Wein Airlines and later piloted guided fishing tours on his private airplane. Colin and Becky welcomed their daughter, Nicole, and their son, Caleb while in Alaska; shortly thereafter they packed up the crew to move back home to North Dakota to be closer to their extended family. After raising their children in Fargo, Colin and Becky pursued their dream of returning to country life when they purchased their hobby farm in rural Colfax, ND. As a family, they refurbished their farmhouse from the studs up. Colin completed many additional home improvements over the years including decks, a playhouse for the grandchildren, a garage and bonus room addition, and a pen for their five Nigerian Dwarf goats. Despite his rugged appearance, Colin’s heart was melted by animals and children, most especially by his five granddaughters. Colin never met a DIY project he couldn’t handle or something broken he couldn’t fix. Colin’s Spiritual Gift was Acts of Service, which he demonstrated daily by being an exceptional provider for his family and tackling endless to-do lists on nights and weekends. Colin was an avid fisherman and skilled hunter, having the opportunity to harvest many animals including wolf, Dall sheep, polar bear, and grizzly bear while living in Alaska. Many of these trips were facilitated by his lifelong friend and mentor, Chuck Gray, of Fairbanks, Alaska. In ND, he always looked forward to yearly family deer hunts and numerous fishing trips with Caleb. Sometimes they would even manage to catch something! He loved playing sports--football as a young adult and softball as a not-so-young-adult! —and watching sports—football, basketball, baseball, and whatever his kids were playing. Colin loved to golf with family and friends and enjoyed many family reunions at the Heart Butte Dam, with a Golf Scramble that Colin organized each year. Colin and Becky went on many travel adventures in their years together; they visited, Arizona, Florida, the Grand Canyon, and even some international voyages. When Nicole and Caleb were old enough, there were countless skiing trips and summer camping excursions. Two special family vacations were a cross-country road trip to Maine and a winter holiday in Hawaii. Colin’s faith journey started as a child attending Vacation Bible School and memorizing songs and Bible Verses with his siblings at his Grandma Goldie’s house. Chuck and Margaret Gray were a big influence in his faith development, along with many others at First Presbyterian Church in Fairbanks. Colin had a personal relationship with the Lord which he demonstrated by using his gifts and talents to serve in his church, family and care for his fellow man. He will be missed dearly by his family, church congregation at Eagle Valley in Christine, ND, neighbors in Colfax and friends across the county; however, as co- followers of Jesus, we have no doubt that we will be reunited with Colin in eternity. Colin was preceded in death by his father and mother, Gordon & Ramona Cofer; father-in-law and mother-in-law, Bill & Ione Scholes; sister, Robbyn (Cofer) Weinberger; sister-in-law, Sheila (Albers) Cofer; nephews, Jason Weinberger and Jordan Hauge; and special granddaughter, Lincoln Iona Mae Nygren. He is survived by his wife, Becky; daughter and son-in-law, Nicole & Erik Nygren; son and daughter-in-law, Caleb & Allison Cofer; granddaughters, Reagan & McKinley Nygren and Emery & Avery Cofer; brother, Rocky Cofer; sister, Becky (Tom) Hauge; brother-in-law, Jerry Weinberger; brothers-in-law Doug (Marsha) Scholes and Greg (Karen) Scholes; sisters-in-law, Jennifer Scholes, Carmen (Randy) Iwen, and Candice (Jim) Bentz; and many aunts, uncles, cousins, nieces and nephews. Visitation for Colin will be Monday, October 4, 2021, from 5 – 6:30 PM, with a time for sharing memories at 6:30 PM, at Eagle Valley Evangelical Free Church, rural Christine, ND. Colin’s funeral will be Tuesday, October 5, 2021, at 10 AM, in the church. To view the recorded service for Colin, please follow this link: https://youtu.be/FT-nTdb9vCA

Colin Kent Cofer was born September 16, 1950, in Mandan, ND, to Gordon and Ramona (Schreiber) Cofer. He enjoyed a childhood full of adventures in southwestern North Dakota with his older brother, Rocky, and his two younger sisters, Robbyn and... View Obituary & Service Information

The family of Colin Cofer created this Life Tributes page to make it easy to share your memories.

Send flowers to the Cofer family.