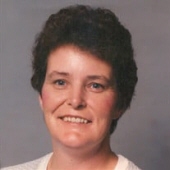 Carole Elizabeth Anderson was born May 7, 1948, the daughter of William and Elizabeth (Zebly) Anderson, in Moorhead, MN. She was raised in Moorhead and graduated from Moorhead High School. After graduation she attended nursing school in Brainerd, MN, where she received her nursing degree.

She moved to Minneapolis, MN, where she worked for many years in home health care. She returned to Fargo and was currently employed by Walmart.

Carole attended Our Savior's Lutheran Church in Moorhead, where she was confirmed. She enjoyed spending time with her son and grandchildren and her hobbies included baking and watching wrestling.

She was preceded in death by her parents; son, John Knudtson; and sister, Jean Orvedal.

A Visitation for Carole will be one hour prior to the service.

To order memorial trees or send flowers to the family in memory of Carole Center, please visit our flower store.