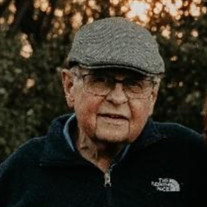 To watch the Celebration Service for Brian, please follow this link: https://portal.memoryshare.com/memoryshare/videoplayer/brian-larson-8121773 Brian Lester Larson was born May 1, 1950, to Lester and Idella (Holty) Larson. He was raised in Shelly, MN. He graduated from Climax (MN) High School in 1968. After high school, he attended Molar Barber School in Fargo, ND, where he met the love of his life, Marlys Venstad. They were married in Sisseton, SD, in 1969. Upon graduation from barber school, they moved to Velva, ND, where he barbered for a short while. In 1969, he was inducted into the United States Army after completion of his infantry training. In 1970, he was assigned to the 93rd Engineer Battalion in Dong Son, Vietnam. He returned from service and was discharged in March 1971. Brian took the Civil Service Exam and began his career with the United States Postal Service in Minneapolis, MN, in 1971. He was appointed Postmaster in Shelly, MN. He then accepted a Networks Specialist position in Fargo, ND. Brian and Marlys have two daughters, Nicole and Missy. They raised their girls in Shelly until they moved to Fargo in September 1987. He retired from the postal service on May 1, 2005, after serving 34 years. Brian was a Senior Vice Commander with the VFW, President of the Shelly Lions Club, a former member of El Zagal Shrine, Masonic Lodge, and the Fargo Elks. He was a past president of the National Association of Postal Supervisors. He served 8 years on the Shelly Marsh River church council. Brian enjoyed photography and woodworking. He loved buying and selling cars - fast cars and convertibles were his favorite. He always had the latest gadgets and enjoyed figuring out how they worked. He loved watching Jeopardy, westerns and listening to all kinds of music, especially his favorite, The Beatles. Brian loved spending time with his girls and hanging out with his friends. His grandchildren were his pride and joy. He enjoyed watching his grandson trap shoot and his granddaughter play volleyball. He always made sure his house was stocked with the grandkids’ favorite drinks, candy, and ice cream. He loved watching them fill their pockets with candy bars prior to leaving. Brian was the most humble and generous man. He had the biggest heart and always took time to help those in need. He was a wonderful husband, dad and “grumpa.” Brian died in the comfort of his own home under the care of his family and Hospice of the Red River Valley, Saturday, January 8, 2022, at seventy-one years of age. He is survived by his wife, Marlys; his daughters, Nicole (Herman) Weiss, and Missy (Chad) Ambers, both Moorhead, MN; his grandson, Lane; his granddaughter, Caylee; his sister, Becky Spokely; and his brother-in-law, Ray Malmlov. Brian was preceded in death by his grandson, Carter Ambers; his parents; sister; brother-in-law; and many aunts and uncles. Brian’s family would like to express their gratitude and thanks to the VA Health System in Fargo and Hospice of the Red River Valley for the excellent care provided. Visitation for Brian will be from 12 PM to 2 PM, followed by a Celebration of Life Service at 2 PM, Monday, January 17, 2022, in Korsmo Funeral Chapel, Moorhead. Burial, with full military honors, will be in the spring in Fargo National Cemetery, rural Harwood, ND.

To watch the Celebration Service for Brian, please follow this link: https://portal.memoryshare.com/memoryshare/videoplayer/brian-larson-8121773 Brian Lester Larson was born May 1, 1950, to Lester and Idella (Holty) Larson. He was raised in... View Obituary & Service Information

The family of Brian L. Larson created this Life Tributes page to make it easy to share your memories.

To watch the Celebration Service for Brian, please follow this...