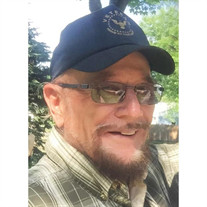 A recording of Al's service can be view by following the link below: https://portal.midweststreams.com/services/iframe/16307 Albin E. Nelson, 84, of Moorhead, MN, passed away on January 16, 2021, in Sanford Medical Center-Broadway Campus, Fargo, ND. Albin Edgar Nelson was born October 18, 1936, in Rutland, ND, the son of Ole and Leona (Buetow) Nelson. He served in the U.S. Army, Third Armor Division, “Spearhead,” as combat engineer and bridge builder from 1955 to 1957. After returning from the military, Albin worked as a welder for Jardine Bridge Company, helping construct bridges in North Dakota. On April 14, 1973, Albin was united in marriage to Laurell Overby in Wolverton, MN. Albin often worked two jobs in his early years, including welding missile silos, and at the Melroe Manufacturing Company, welding Spring Tooth Harrows and the original Bobcat skid-steer loaders. In 1962, he began working for the Moorhead Fire Department retiring in 1994. Albin was a nature photographer and enjoyed hunting, fishing, and working on his land, where he was proud to make it a point to plant trees and native grasses. Most of all, he loved his family and cherished every time he got to see his granddaughters. He is survived by his wife, Laurell, Moorhead; sons, Miles (Samantha) and their daughter, Tessa, Moorhead, Guy (Tracy) and their daugthers, Olive and Willa, of Apple Valley, MN; sisters, Ines Olson, and Irene Meyer; and sisters-in-law, Annette Nelson and Kay Nelson. He was preceded in death by his parents; brothers, Bill of Ames, IA, and Marvin of Granbury, TX; and sister, Loretta of TX. A public visitation will be held Friday, January 22, 2021, in Korsmo Funeral Chapel from 11AM-1PM. A Private Funeral Service for Albin will be 1:00 PM, Friday, January 22, 2021, in Korsmo Funeral Chapel, Moorhead. Burial will take place in Rutland Cemetery, Rutland, ND. In accordance with CDC and local guidelines, social distancing and masks will be required for attendance. Albin’s service will be live-streamed, by following this link:

A recording of Al's service can be view by following the link below: https://portal.midweststreams.com/services/iframe/16307 Albin E. Nelson, 84, of Moorhead, MN, passed away on January 16, 2021, in Sanford Medical Center-Broadway Campus, Fargo,... View Obituary & Service Information

The family of Albin E. Nelson created this Life Tributes page to make it easy to share your memories.

A recording of Al&#39;s service can be view by following the link...

Send flowers to the Nelson family.